Of people surveyed by Caselton Clark, 98% of people had embarked on workplace training in the past 12-months. 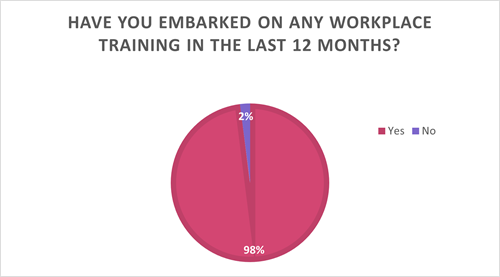 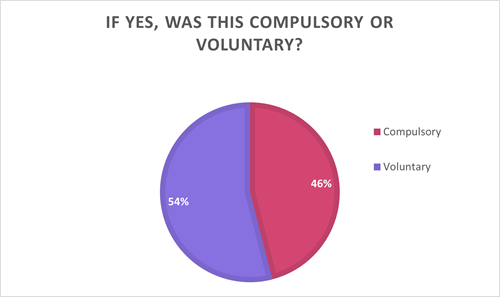 When we asked how people preferred to learn, there was an even split of people who enjoyed working independently and as part of a team. 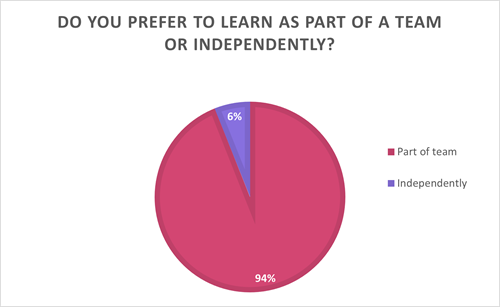 Of those surveyed, most respondents would describe themselves as visual learners, closely followed by kinaesthetic, and lastly auditory. 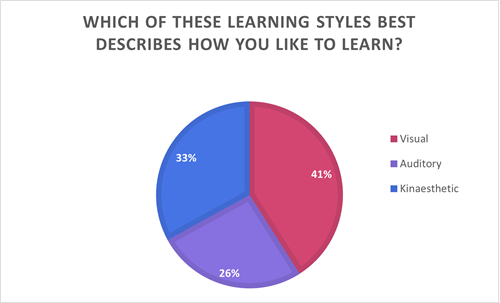 As such, 19% of our respondents found films and videos to be most valuable to their learning. Although the majority still found technology-based learning to be of most value. 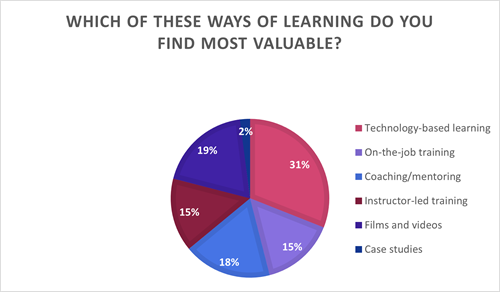 Regarding virtual training, most respondents, at 62%, would prefer pre-recoded videos they could complete in their own time. 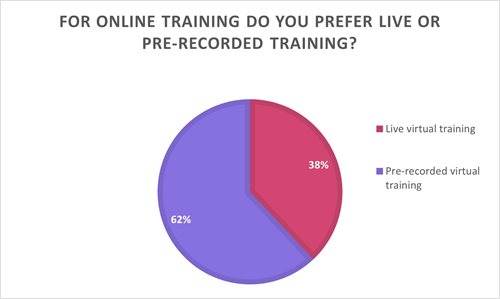 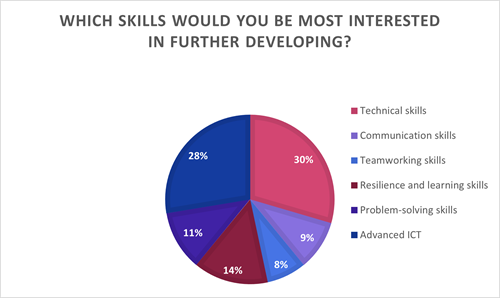 Our research shows that the biggest barrier for our respondents in completing workplace training was issues surrounding understanding of the relevance of training, and it not being clear enough. 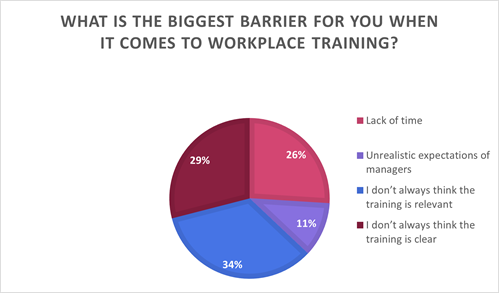 While 11% cited unrealistic expectations of manager, 54% of those surveyed do feel as though their employer offers sufficient earning opportunities to allow them to grow. 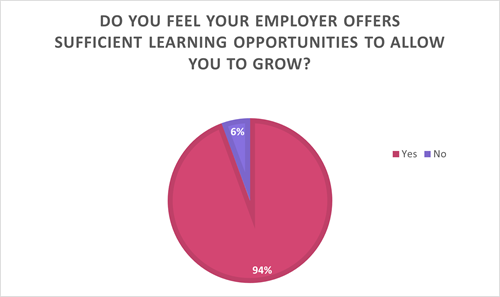 Workplace learning opportunities are of great importance to the large majority of respondents. With over 50% listing them as extremely important, and a total of 90% citing them as either extremely or very important. 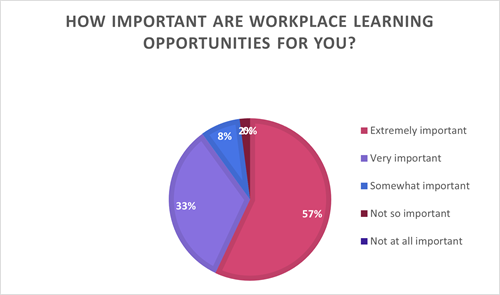